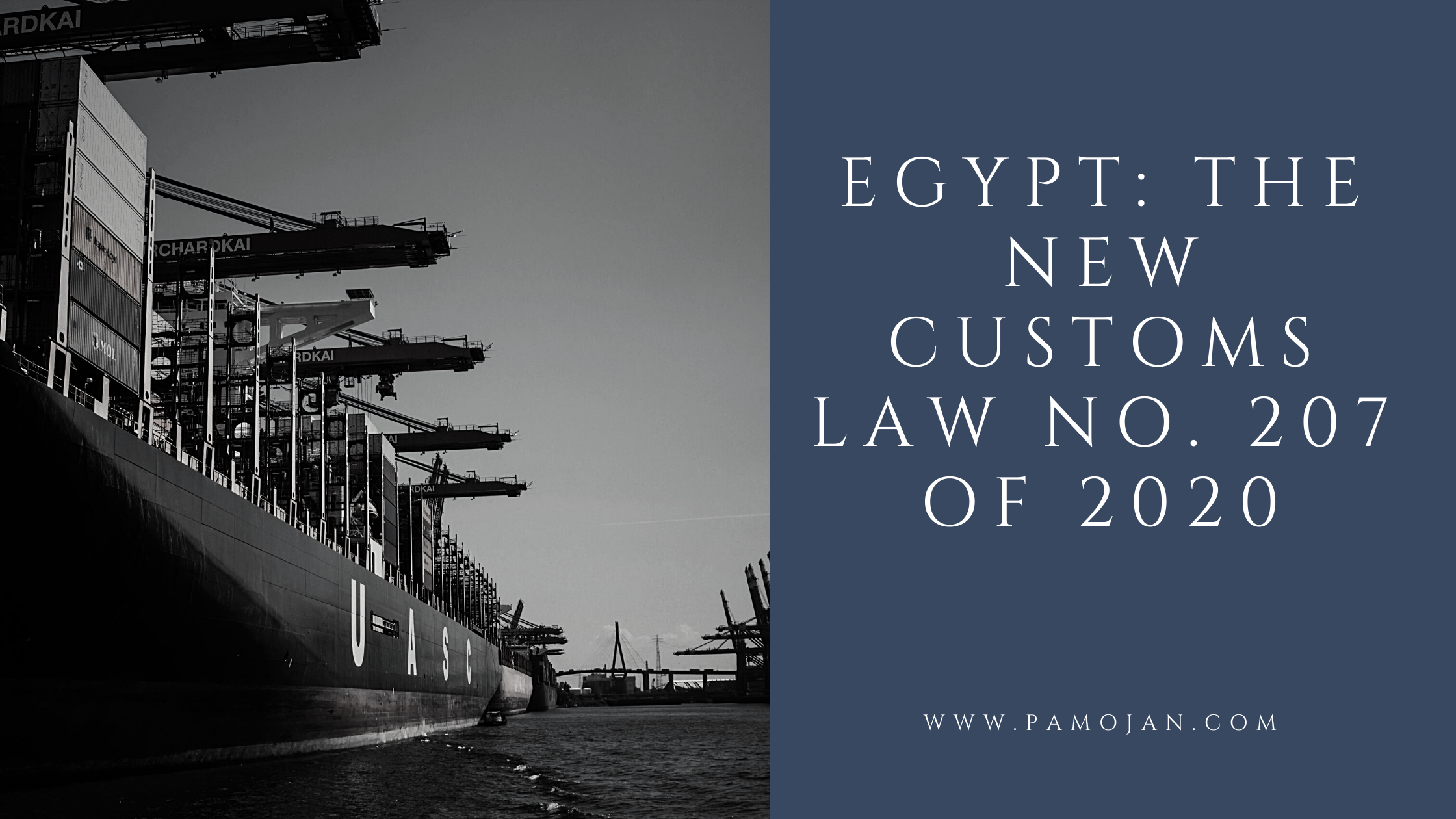 The New Egyptian Customs Law has been issued to promote foreign investment and facilitate the international trade between Egypt and other countries, through facilitating and unifying customs release operations and processes, streamlining customs procedures, as well as improving the customs tax refund process, which shall contribute to increasing the exports of Egyptian goods  to international markets.

Key highlights of the law are as follows

Additionally, the new Customs Law has clarified the penalties on violators and smugglers, and introduces a revised post clearance audit process aimed at controlling the the import and export activity in an efficient manner, promoting faster release of goods at the borders, and protecting the country. 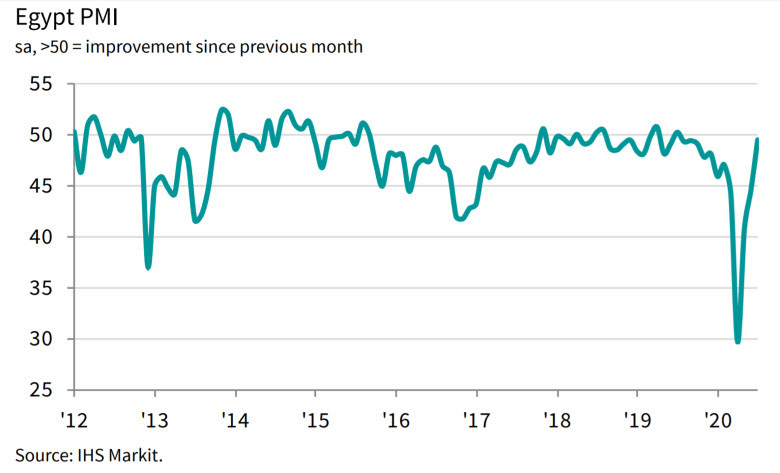 Non-oil business activity hits 12-month high in July: Activity in Egypt’s non-oil private sector contracted at its slowest rate in a year in July as rising output and expanding exports signalled improved business conditions after activity fell to an all-time low at the height of the covid-19 crisis. IHS Markit PMI figures (pdf) released yesterday came in at 49.6, only slightly missing the 50.0 mark that indicates an expansion of activity, and rising from 44.6 in June.

Output rose last month for the first time in a year as areas of the economy previously shuttered during lockdown reopened. Activity in the tourism and hospitality sectors picked up as tourists returned following the lifting of the ban on international flights at the beginning of July.

But let’s not get too carried away: “Egypt still has some way to go to return to pre-covid levels of activity and demand, with the recent upturns only mild overall,” said David Owen, economist at IHS Markit. “The landscape for Egyptian businesses remains both competitive and daunting, but can be improved in the coming months should tourism and other sectors be given a boost.”

The after-effects of lockdown continued to weigh on the labor market: Despite recovering output and new orders, employment continued to decline in July, after falling at its fastest rate in four years in June. Businesses told IHS Markit that this was mainly due to companies not replacing ex-employees who had left voluntarily.

Weak purchasing activity continued into July, with stock purchases falling for the eighth consecutive month albeit at the slowest rate since December. Inflation hit a nine-month high, accelerating the rise in purchasing costs, while firms continued to offer discounts on orders to boost sales.

The private sector is strongly optimistic for a near-term recovery: Sentiment reached its highest level in almost two-and-a-half years, with firms expressing optimism that a recovery in the tourism sector will support broader economic comeback over the summer.

Over in the Gulf, Saudi Arabia and the UAE also posted improved PMI figures. Private sector activity in the UAE expanded at a faster pace in July while Saudi climbed to a five-month high of 50. Bloomberg breaks down the figures here 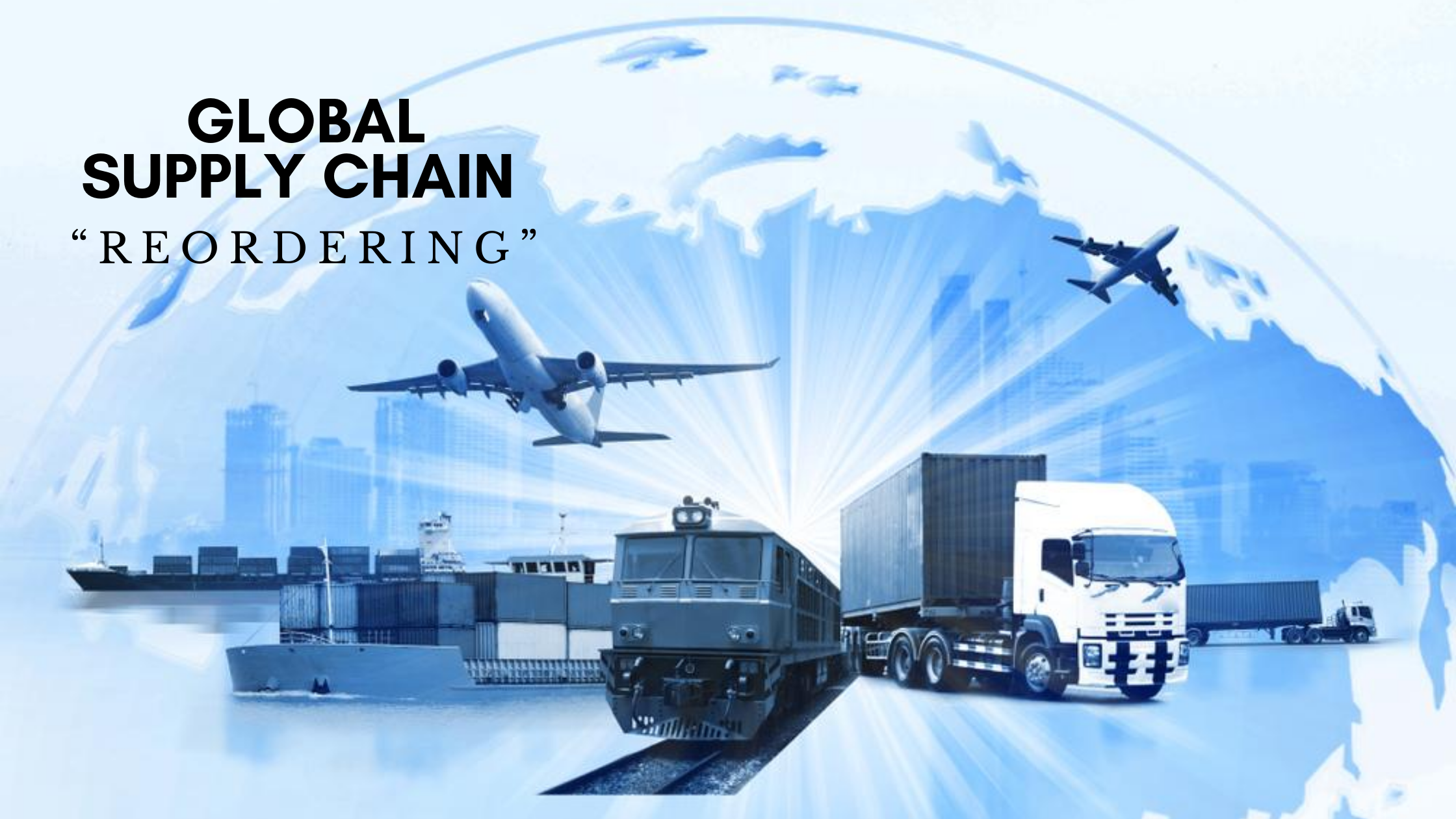 Good news if you’re looking to integrate your company into the global supply chain — a “reordering” of the system could open up new windows: More than a quarter of global product procurement could shift to new countries over the next five years, a new study by McKinsey Global Institute shows. Products worth up to USD 4.6 tn are at stake due to cost considerations and state pressure on manufacturers to become more self-reliant, the research arm of the global consulting firm said in a report. The findings highlight the pandemic-induced shift from long supply chains to “resilience and regionalization,” which were building [up even] before the pandemic hit, says the Financial Times.

The need for resilience: According to MGI’s report, companies can expect a major disruption to their supply chains every 3.7 years, leading to a loss of over 40% of a year’s worth of profits every decade. This is a result of trade tensions, cyber threats, and environmental risk subjecting businesses to “costly interruptions,” said MGI partner Susan Lund.

The take-home lesson: Diversify and keep it in your neighborhood. Companies need to have options and also bring their supply chains closer to home, Lund said. “You can invest in supply chain resilience and still come out ahead.”

Analysts are split on whether we’re going to see a reversal of globalization. Although Boston Consulting Grouprecently said that US-China trade could shrink by up to 15% from 2019 levels come 2023, S&P Global Ratings analysts say US companies may still be hesitant to lose access to the world’s second-largest economy (and largest manufacturing hub). Many in the US have, however, admitted that their supply chains are becoming overdrawn and complex, Lund said. On the flipside, markets sage Mohamed El Erian had said back in May that we’re entering an era of deglobalization, which will be driven largely by changing company behavior. Businesses will move away from relying on “just-in-time” models as resilience and sustainability become watchwords. That means they will begin localizing supply chains, and that also means there will be an increased intertwining of the public and private sectors in developed markets. Any thoughts??